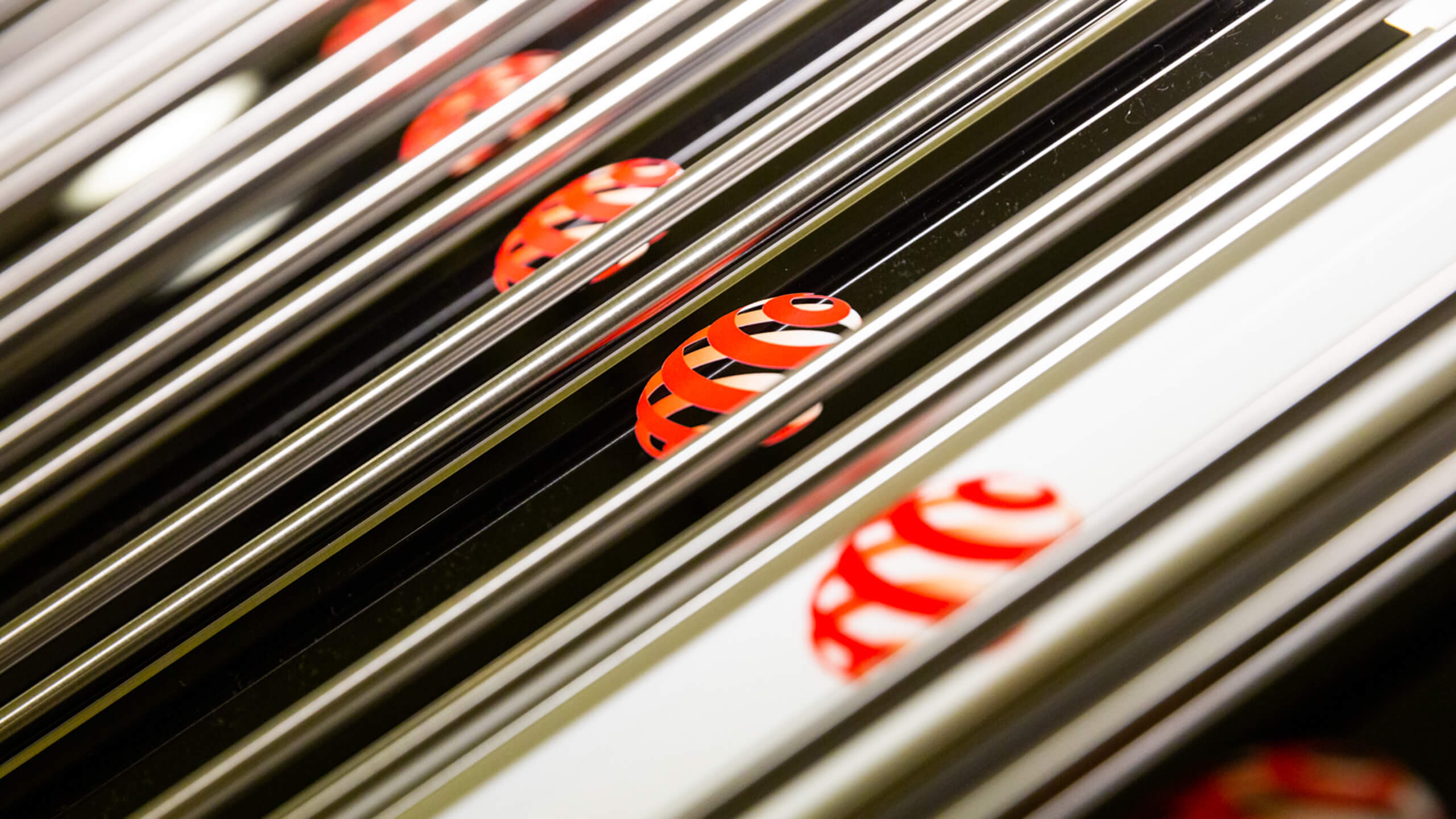 Jubilation, tears of joy and everything in between: lots of surprises at the Red Dot Gala in Berlin

1 November 2019 was a very special date for the communication designers and brand builders of the year as the day for recognising their successes in the Red Dot Award: Brands & Communication Design. From the Red Dot Gala to the Designers’ Night, all of the events in Berlin shone a particularly bright spotlight on the winners and presented their impressive accomplishments in a truly special atmosphere. Emotional and surprising moments came about in particular when the Red Dot: Grand Prix laureates were announced and the best up-and-coming talent as well as the agency of the year received their accolade. Guests from all over the world looked on as the trophies changed hands, and then celebrated at the subsequent party, where the “Design on Stage” exhibition was on show.

Proud laureates on stage at the Konzerthaus in Berlin

The winners of the 72 works and brands that received the Red Dot: Best of the Best accepted their trophies on stage in Berlin’s Konzerthaus in front of around 1,400 guests. This distinction recognises very high design quality and creative achievements by designers and companies and was awarded to just 0.8% of all entries. In addition, Deutsche Telekom and GROHE received the honour of brand of the year in their respective industries. Jurors Sylvia Vitale Rotta, Jean Jacques Schaffner and Prof. Laurent Lacour joined Prof. Dr. Peter Zec, founder and CEO of the Red Dot Award, in handing over the awards to the winners.

The awarding of the Red Dot: Grand Prix was filled with suspense, as the names of the winners were kept strictly secret until the last minute. The jury members awarded the highest individual distinction in the “Communication Design” section to a total of seven works that won them over with their excellent design quality and creativity.

One of those was the book “AGI New Members 2007-2017”. The award went to hesign International and Alliance Graphique Internationale. Another Red Dot: Grand Prix winner was Suprematika, awarded for the brand design “Bushe” for the eponymous chain of cafés. The jury was equally enthused by the sustainable packaging “ÄGGKOPP” designed by SOEMZ for IKEA.

The digital campaign “The Wedding of Siri & Alexa” created by SERVICEPLAN GERMANY for the Vienna Tourist Board also won the top distinction. The jury was likewise especially impressed by the typographical work “Time Book” by Quinsay. Yet another Red Dot: Grand Prix was bestowed on Studio 212 Fahrenheit for the exhibition design “BLOCBIRDS”. Last but not least, the digital innovation “Dot Translate” by Dot Incorporation emerged as the best piece of work in its category. Its design stems from SERVICEPLAN GERMANY.

The Red Dot: Junior Prize with prize money of 10,000 Euros is awarded to the best piece of work by an up-and-coming designer. In 2019, the award was granted to “A-B Magazine Issue No. 1 – Right of Asylum” by Edward Lau from LASALLE College of the Arts. The work portrays a striking image of the current refugee crisis and demonstrates what it means to lose one’s home. The jury particularly approved of the vivid photographs, fascinating layout and clever use of typography.

KW43 Branddesign by Grey Germany honoured as agency of the year

The final highpoint of the Red Dot Gala was the awarding of KW43 Branddesign by Grey Germany. The designers from Düsseldorf received the Stylus trophy from 2018 title holder Banda Agency, marking their official announcement as Red Dot: Agency of the Year 2019. They have won over customers such as Deichmann, Eurowings and Zeiss with intelligent and creative solutions that function across all channels and create real values.

The award ceremony culminated at the Designers’ Night in ewerk Berlin. The party was particularly special for the winners of the distinction “Red Dot”, as they could accept their certificates in the midst of the award-winning works and brands. Guests at the event were invited to celebrate, dance and mingle as well as to discover this year’s winning projects. They were able to see for themselves the award-winning design quality of the year’s best brands and communication design works at the exhibition “Design on Stage”, which was on show for one night only.

Online Exhibition with all of the award-winning brands and works: www.red-dot.org/bcd-winners-2019