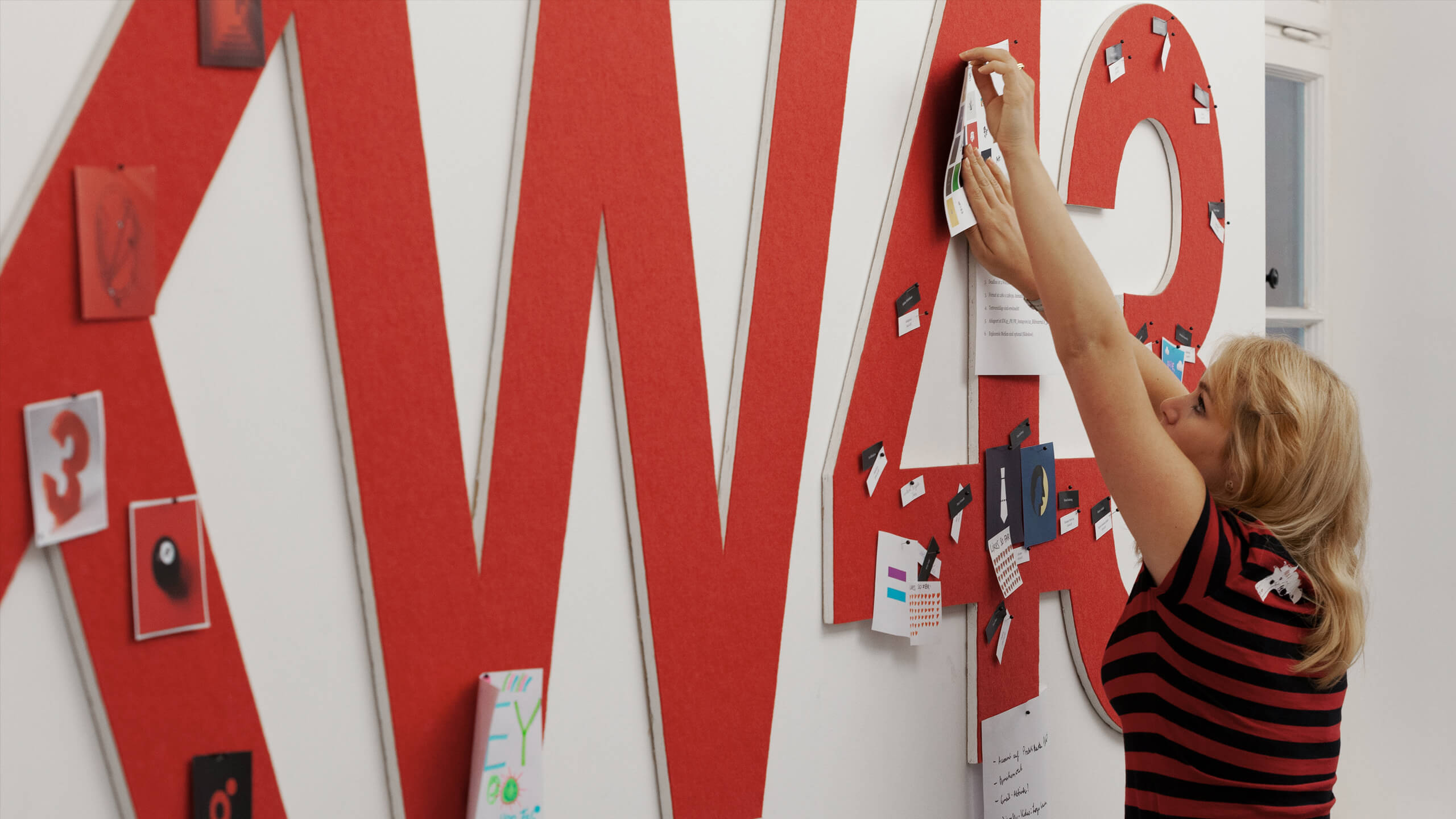 KW43 Branddesign, set up by Grey Germany and specialising in corporate identity as well as corporate design, has received a very special accolade this year. The agency has won the title “Red Dot: Agency of the Year 2019” in the Red Dot Award: Brands & Communication Design. The win is deserved recognition for the above-average design achievements of the agency’s creatives, who have won over the Red Dot Jury repeatedly. As proof of their creative know how, the designers have scooped a total of six awards in 2019 in addition to the awards of recent years. The Düsseldorf-based agency will be officially honoured as the year’s best agency as part of the award ceremony on 1 November 2019.

Most successful agency of the year

Amongst all of the distinctions in the Red Dot Award, one in particular stands out that cannot be applied for: the title of honour “Red Dot: Agency of the Year”. The title is bestowed on an agency that convinces the jury for the international competition of its extraordinary design accomplishments. Within the last five years, a total of 19 distinctions have gone to KW43 and Grey Germany – including 16 Red Dots, two Red Dot: Best of the Best distinctions and one Red Dot: Grand Prix. The high design quality of the award-winning works speaks for itself and bears testimony to the well-deserved title win of KW43 Branddesign by Grey Germany.

“Attention-grabbing, surprising and clear – these are the attributes that I associate with works submitted by KW43. Every year, I especially look forward to the projects by the agency from Düsseldorf, because they are consistent in never failing to impress. As a result, the designers are absolutely deserved winners of our title of honour. Congratulations on this outstanding achievement,” said Professor Dr. Peter Zec, founder and CEO of the Red Dot Award.

The recipients of the title are also delighted. Rüdiger Goetz, Managing Director Creation at KW43 Branddesign, has highlighted the motivation provided by the win: “I won my first Red Dot: Grand Prix about 25 years ago. It was an experience that really motivated me and at the same time was a decisive moment in my career. I also wanted my team to experience such a moment. We appreciate the Red Dot and see it as a creative yardstick and a source of inspiration for ground-breaking design. It is thus a great honour to win the title ‘Red Dot: Agency of the Year’, which is awarded by an undisputed and influential authority in international design and communication. It will motivate us and inspire us to come up with future ideas, because that’s what really counts.”

As an independent brand experience agency of the Grey Group, KW43 Branddesign is responsible in particular for brand and design developments. The agency’s clients include Deichmann, ThyssenKrupp, Montblanc, Eurowings, Düsseldorf Airport and Wüstenrot as well as ALDI Süd, Grohe and Zeiss. They are impressed by the agency’s intelligent solutions that function across different media and create real values. The creatives at the agency consistently focus on high design quality, technological excellence and in-depth strategic competency. They work according to the guiding principle that “Strategic design changes the world”.

And they have made it possible: Grey Germany has been part of the Grey Group for 60 years, making it one of the most successful creative agencies of the WPP network in Germany. True to the motto “Famously Effective Since 1917”, the company stands out with its iconic campaigns and has earned a reputation as Germany’s top agency for brand management and strategic advice. With numerous awards and top spots on creative sector rankings, the Düsseldorf-based firm is one of the luminaries of the communication design industry.

Award ceremony and exhibition in Berlin

The Red Dot: Agency of the Year 2019 will be celebrated for its wonderful design achievements on 1 November during the Red Dot Gala. The team will be given the Stylus trophy as a symbol of its success in the Red Dot Award: Brands & Communication Design in the setting of Berlin’s Konzerthaus. Further announcements will include the winners of the distinctions “Red Dot: Brand of the Year”, “Red Dot: Grand Prix” and “Red Dot: Best of the Best”. At the subsequent Designers’ Night in ewerk, the laureates will party into the early hours in the midst of the award-winning works and brands. The winners exhibition “Design on Stage” will be on show for one night as part of the event and will present all of the projects that came out on top in the competition.

A selection of those works will be on show from 3 November 2019 in the studio exhibition “Best Brands & Communication Design – Red Dot Winners Selection 2019” in the Museum für Kommunikation Berlin. Top-class brands and communication design will be showcased there until 12 January 2020. All entries that received the distinction “Red Dot: Grand Prix”, “Red Dot: Brand of the Year”, “Red Dot: Best of the Best” or “Red Dot: Junior Prize” will be featured in the exhibition. Visitors will also be given an insight into the creative achievements of KW43 Branddesign by Grey Germany, the Red Dot: Agency of the Year 2019.