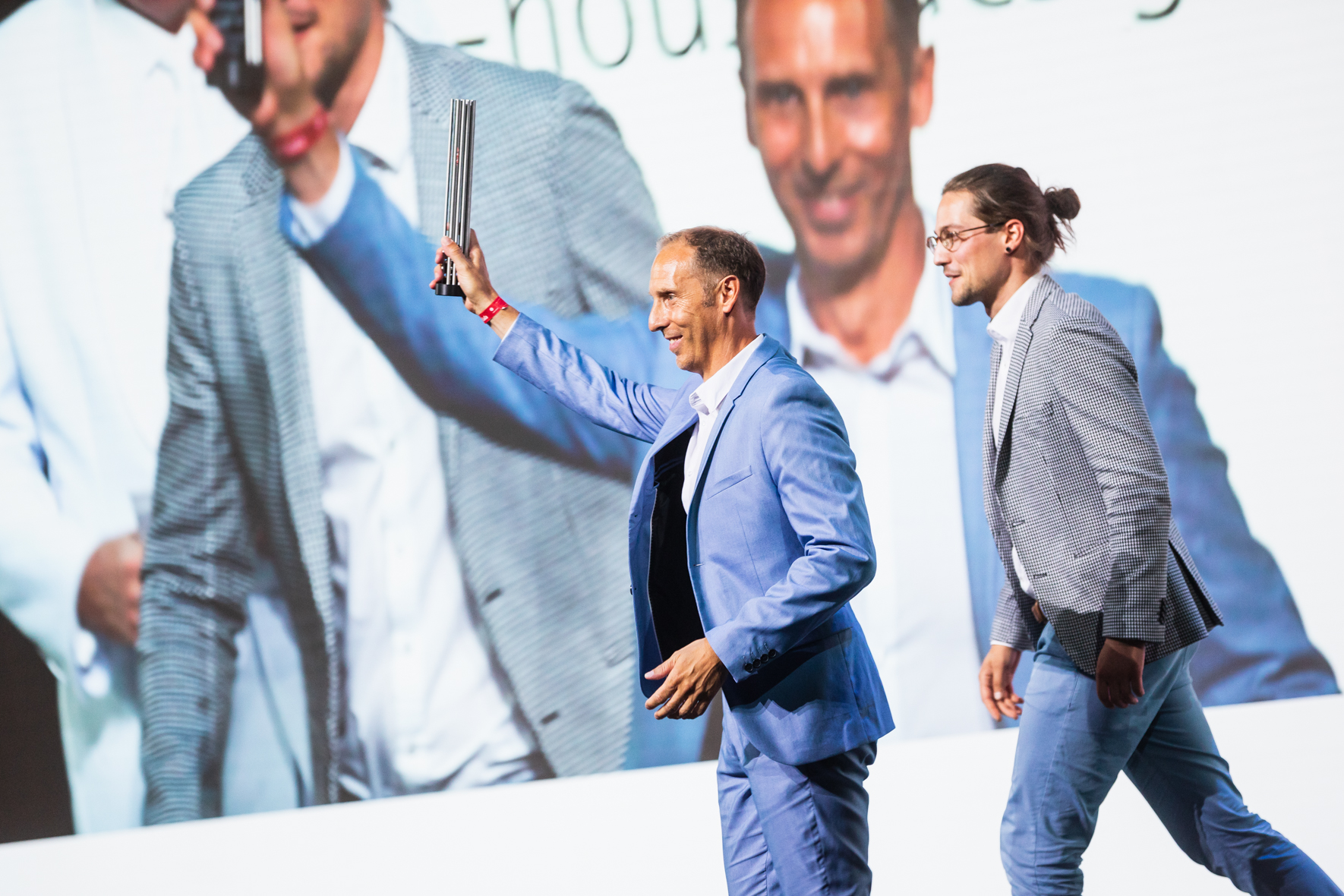 The Red Dot Gala 2018 in review: awards for the best designers and manufacturers of the year alongside exhibition opening

On 9 July, the winners of the Red Dot Award: Product Design 2018 were duly celebrated. On the occasion of the Red Dot Gala, the international design scene convened in Essen to see the year’s best designers and manufacturers receive their awards. After their turn on the red carpet, the Red Dot: Best of the Best winners were given their trophies in front of roughly 1,200 international guests. The prize-giving to the Red Dot: Design Team of the Year 2018, Phoenix Design, was the highlight of the award ceremony. The evening culminated in the spectacular Designers’ Night in the Red Dot Design Museum, where the after-show party took place and the two winners exhibitions were launched.

Recognition of the year’s best designers and manufacturers

This year, designers and manufacturers from 59 countries entered more than 6,300 products in the competition. 45 of those products won an “Honourable Mention”, while 1,684 designs received a “Red Dot”. The international Red Dot Jury considered just 1.1% of entries, a total of 69 innovations, worthy of a Red Dot: Best of the Best, the highest award in the competition.

The latter accepted their well-deserved trophies on stage at Essen’s Aalto-Theater during the award ceremony. The winners were announced individually to appreciative applause and invited to accept the sought-after Red Dot Trophy. In addition to the winners, host and presenter Professor Dr. Peter Zec, founder and CEO of the Red Dot Award, welcomed three of the 39 jury members on stage: Wolfgang K. Meyer-Hayoz, Steve Leung and Adriana Monk, all of whom founded their own design studio, congratulated the proud Red Dot: Best of the Best laureates. The guests included the well-known designers Stefan Diez, Rob Melville, Stefan Niehaus, Robert Sachon, Peter Schreyer and Hadi Teherani.

There was a particularly heart-warming moment at the award ceremony when honouring the Red Dot: Design Team of the Year 2018, which has performed convincingly over many years with its outstanding designs. 2017 award winners Peter Kettenring and Lars Wagner from Canyon Bicycles handed over the “Radius” challenge cup to their successors, thus officially crowning them as Red Dot: Design Team of the Year 2018. After a short film that impressively demonstrated the role of Phoenix Design as a ground-breaker in German design history, around 70 Phoenix employees rushed on stage to share in the accolade – a wonderful gesture that shows that the success is attributable to the entire team.

The subsequent Designers’ Night in the Red Dot Design Museum Essen gave guests an opportunity to network, celebrate and dance. This is where the Red Dot and Honourable Mention winners received their certificates. The highlight of the event was the launch of the two special exhibitions. The winners were able to discover all of the award-winning products in the presentation “Design on Stage – Winners Red Dot Award: Product Design 2018”, which can be seen in the museum until 5 August. The exhibition thus represents the current status of global product design. Phoenix Design developed and designed its own exhibition, “PHOENIX – First. Now. Next.”, in which the design team of the year showcases its outstanding achievements until 19 August.

Further information is available at www.red-dot.org/pd.