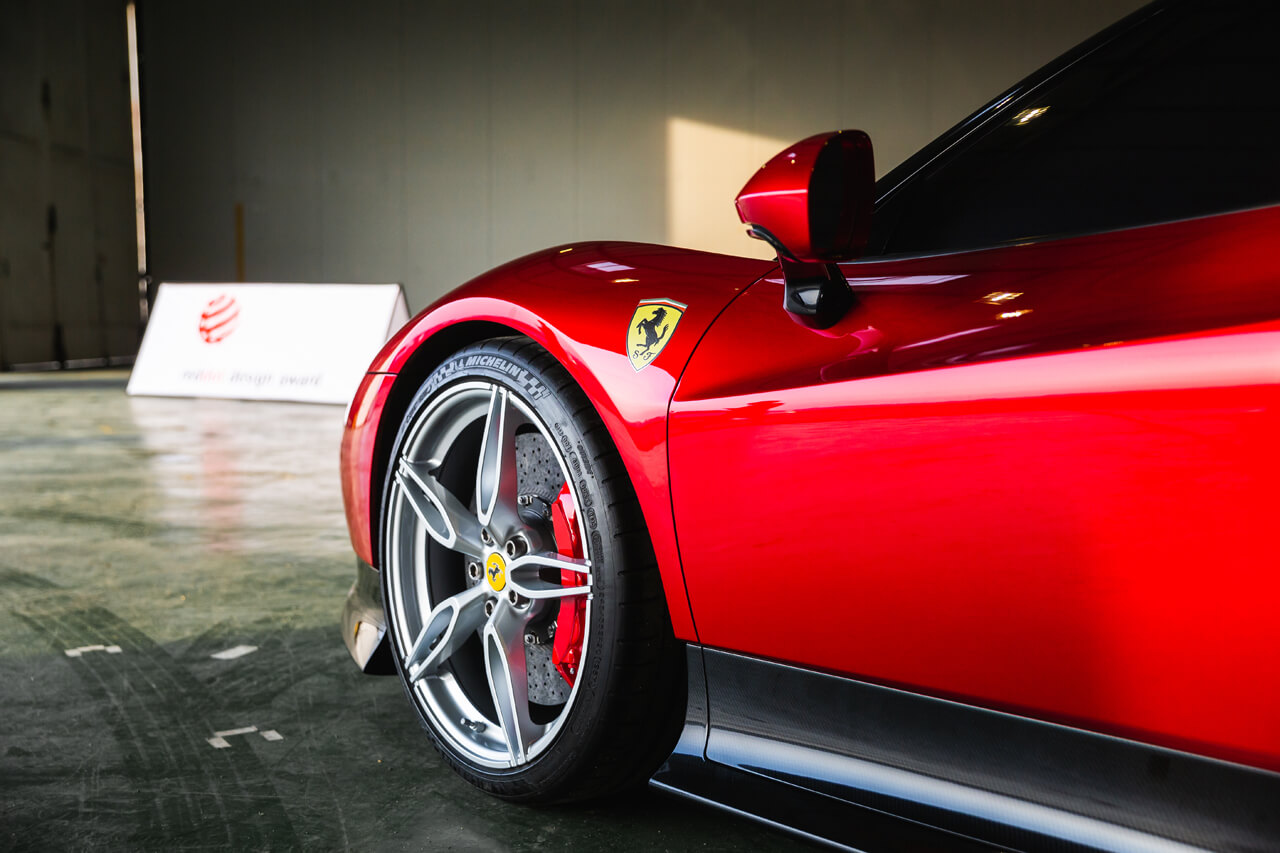 Title of honour “Red Dot: Design Team of the Year 2019” goes to Flavio Manzoni and the Ferrari Design Team

This year’s title of honour “Red Dot: Design Team of the Year” goes to Flavio Manzoni and the Ferrari Design Team. The title is well deserved, as the designers have been delivering convincing performances across the board. They have proved consistently over many years in the Red Dot Award: Product Design that they are one of the forerunners in the industry and have won over the jury with innovative and aesthetically outstanding premium sports cars. The extraordinary achievements of the Head of Design and his crew will be recognised as part of the award ceremony on 8 July 2019.

Between 2015 and 2019, the models designed by Flavio Manzoni and the Ferrari Design Team have won a total of 14 distinctions in the Red Dot Award: Product Design. The jury bestowed the highest distinction in the competition, the Red Dot: Best of the Best, on the designers five times in a row, for the FXX-K, 488 GTB, J50, Portofino and Monza SP1 models. This accolade is the first of its kind in the history of the award, with no other automobile manufacturer reaching such a level of success. Ferrari will receive the sought-after title of honour for this consistently innovative and unparalleled achievement. This is a title that cannot be applied for.

“The Red Dot: Design Team of the Year 2019 has not only won over our respected jury, but also me personally. Ferrari understands better than any other company how to make luxury sports cars objects of desire. The designers use state-of-the-art technology and an emotionally appealing language of form to create an incomparable driving and brand experience, and they have been doing this for years. I take my hat off to Flavio Manzoni and the entire design team and wish to congratulate the laureates most sincerely on this pioneering achievement,” says Professor Dr. Peter Zec, founder and CEO of the Red Dot Award.

Motivation for the whole team

Flavio Manzoni is delighted to receive the singular distinction and highlights its significance for the crew as a whole: “The Ferrari Design Team and I are very proud to receive such a prestigious award. Red Dot has accompanied the history of design and has helped to promote its evolution by establishing ever higher terms of comparison, pursuing the constant improvement of aesthetic and technological qualities of the universe of objects in daily use. As designers, this accolade encourages all the members of the Ferrari Design Team to draw new creative stimulation, which fuels our passion for our work.”

The Ferrari Design Team has its creative centre in the new Centro Stile building in Maranello, Italy. When Flavio Manzoni was named Senior Vice President of Design at Ferrari in 2010, he set out to establish a highly structured dedicated in-house team, with the aim of developing the future design concepts for the Ferrari brand.

As the Head of Design, he has always placed great emphasis on modelling. This led to the development of scale models by digitally controlled milling machines subsequently formed by experienced designers before adding the finishing touches by hand. “Every Ferrari stands for innovation, beauty and driving thrill,” emphasises Manzoni, adding that “every model has to embody the essence of the brand.”

He compares his design team to a jazz ensemble, where everyone has his or her own strengths and individual skills. Ultimately though, everyone is working toward a shared goal and is invested in the future of the brand. The open and trusting culture of communication fostered by Flavio Manzoni supports this process. By establishing the in-house design team and the Ferrari models developed under his leadership, Manzoni has created a true masterpiece.

As part of the Red Dot Gala on 8 July, Flavio Manzoni and the Ferrari Design Team will receive the “Radius” challenge cup and be officially announced as Red Dot: Design Team of the Year 2019. And so the pioneers in sports car design will join the ranks of firms such as Apple, Grohe, Bosch, Blackmagic, Canyon and Phoenix Design to enter the Hall of Fame of international design.

Four days later will see the opening of a special exhibition designed by Ferrari itself that reflects the design team’s wonderful achievements. It will be on show in the Red Dot Design Museum Essen alongside the “Design on Stage 2019” and “Milestones in Contemporary Design 2019” exhibitions, which feature all of the winning products in the Red Dot Award: Product Design.